Welcome to Our News & Events Page. See what's happening in Our Family! 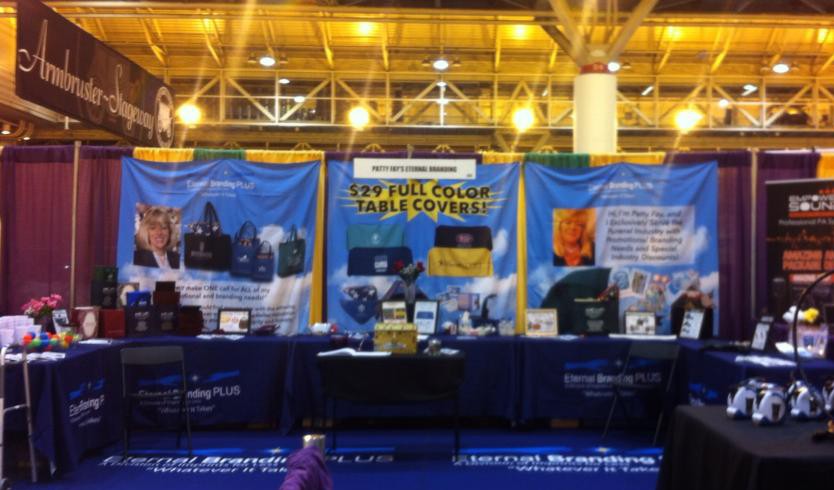 With our offices in Florida, this was the first year we were able to drive. Our small team consisting of Patty Fay - Sales and Marketing Director, Pamela Fay - CEO, and Christopher Rivers supporting team member met in the historic city of New Orleans. Attending the ICCFA convention means more to us than just promoting our products. It's an opportunity to discover cities and cultures new to us, meet new and familiar faces, and most importantly, interact with our customers. The rich history of death in New Orleans had our attention almost immediately. A tradition for over four centuries, "The Jazz Funeral" incorporates up beat, Jazz style music into the funeral ceremony. The deceased are honored in such a way that celebrates their life, as apposed to morning their death. Also unique to New Orleans is the practice of burying the deceased in tombs above ground. This burial practice began with the original site of New Orleans, which is known as the French Quarter today. A water table just beneath the soil caused the land to sloped back from the river toward Lake Pontchartrain, falling quickly below the sea level. The dead were buried in the above ground tombs to prevent the bodies from washing loose from the earth during floods and hurricanes. The iconic history of New Orleans made it an excellent location for this years convention. On the first day of the event, a Jazz Funeral marched down the isles in a display both honoring the dead and introducing us first hand to their deeply rooted tradition. The convention was well done and we enjoyed meeting with everyone. We try our best to give each individual the attention they deserve. Anyone with additional questions is encouraged to contact us via phone, email, or check us out on our website. After the event, we were able to slip away to the famous Bourbon Street in the French Quarter. There, we saw New Orleans in its most raw and natural form. Every part of this experience has been meaningful and will be used for the purpose of providing quality service and products that solve.

Formerly a division of Imprints For Less, Eternal Brandings was established in 2010 under the name Eternal Branding Plus. In March of 2016, owner and founder Patty Fay transferred ownership of the company to her daughter, Pamela Fay. Pamela worked along side her mother from the beginning, completing administrative tasks while in college. As an engineering student, Pamela noticed areas of the company that could be improved. After implementing several organizational standards and updating the operating system from a spiral notebook to Excel spreadsheets, Pamela was promoted to Operations Manager. The company continued to improve wherever possible, including source codes added to the Excel spreadsheets to provide a small amount of automation to the operating system. As improvements were made internally, positive changes became noticeable externally. As the company grew, the need for a more complex operating system increased. In 2013, Pamela was named Chief Operating Officer. Patty, seeing the initiative and dedication of her daughter and considering the future of the company herself, approached Pamela with the idea of transferring ownership. Pamela accepted the offer, and has since settled into her new position, continuing to implement changes proactive towards the future. Eternal Brandings received a name change and a new logo in early 2016. A new operating system has been implemented, which more than triples the automation. Tracking orders from start to finish has never been easier. A more user-friendly website has been developed that will allow our customers to track their own orders and receive around the clock customer service. Other internal changes have been made to improve the quality of service, including a new email platform. These changes have improved our process flow immensely, however, this is just the beginning. Continuous improvement never ends, much like our commitment to you, our customer. Our goal is to ensure we remain strong and up-to-date internally, so that we may continue to provide quality products and service and unbeatable prices.