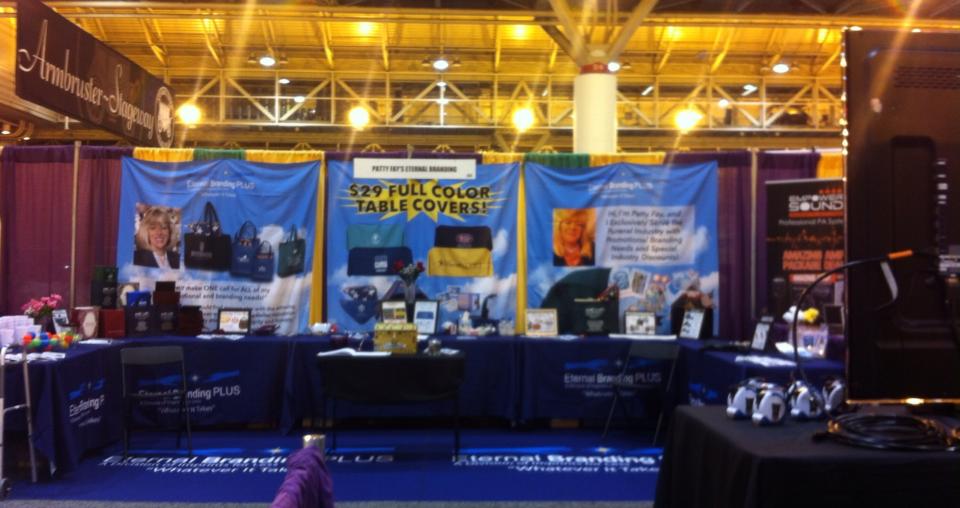 With our offices in Florida, this was the first year we were able to drive. Our small team consisting of Patty Fay - Sales and Marketing Director, Pamela Fay - CEO, and Christopher Rivers supporting team member met in the historic city of New Orleans.

Attending the ICCFA convention means more to us than just promoting our products. It's an opportunity to discover cities and cultures new to us, meet new and familiar faces, and most importantly, interact with our customers.

The rich history of death in New Orleans had our attention almost immediately. A tradition for over four centuries, "The Jazz Funeral" incorporates up beat, Jazz style music into the funeral ceremony. The deceased are honored in such a way that celebrates their life, as apposed to morning their death. Also unique to New Orleans is the practice of burying the deceased in tombs above ground. This burial practice began with the original site of New Orleans, which is known as the French Quarter today. A water table just beneath the soil caused the land to sloped back from the river toward Lake Pontchartrain, falling quickly below the sea level. The dead were buried in the above ground tombs to prevent the bodies from washing loose from the earth during floods and hurricanes.

The iconic history of New Orleans made it an excellent location for this years convention. On the first day of the event, a Jazz Funeral marched down the isles in a display both honoring the dead and introducing us first hand to their deeply rooted tradition. The convention was well done and we enjoyed meeting with everyone. We try our best to give each individual the attention they deserve. Anyone with additional questions is encouraged to contact us via phone, email, or check us out on our website.

After the event, we were able to slip away to the famous Bourbon Street in the French Quarter. There, we saw New Orleans in its most raw and natural form. Every part of this experience has been meaningful and will be used for the purpose of providing quality service and products that solve.

Thank you for your interest. A member of our team will be right with you.